Hanoi (VNA) – A ceremony to start the VPBank Hanoi Marathon was held in the heart of Hanoi on October 20, with 7,000 professional and amateur athletes taking part, over 1,500 of them foreigners. 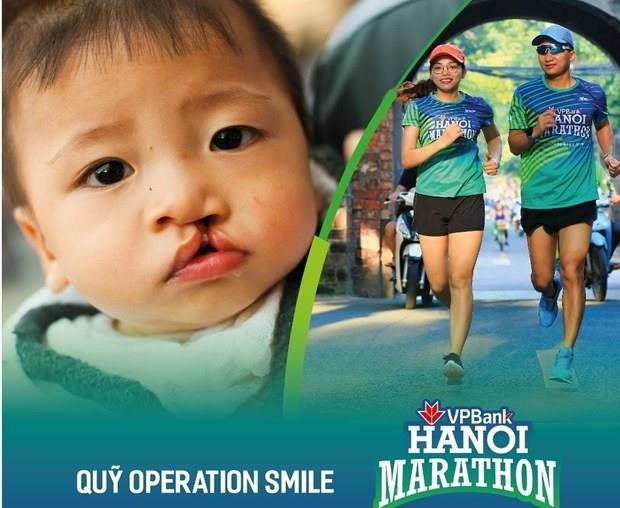 In the women’s 42km event, Pham Thi Hong Le from the Vietnamese track-and-field team finished first in a time of 2:55:42.7. As for the men’s event, Liu Hongliang from China finished first within 2:33:50.4.

In the women’s 21km event, Pham Thi Hue from the Vietnamese track-and-field team passed the finish line first at 1:19:43.1 while in the men’s event, Li Chun Hui from China took the first place at 1:6:54.6.

According to the organising board, the VPBank Hanoi Marathon has become an official international marathon tournament in the capital city.

For each km or each photo at the VPBank Hanoi Marathon – Run & Share competition, VPBank will contribute 5,000 VND (0.21 USD) to one of the five charity funds chosen by participating athletes.

Director of the municipal Department of Culture, Sports and Tourism To Van Dong said the VPBank Hanoi Marathon has become an international cultural-sport event, contributing to the popularisation of Hanoi’s culture, tourism and food to the world.

The event was co-organised by the municipal Department of Culture, Sports and Tourism, the Vietnam Athletics Federation, the VPBank, Dai bieu Nhan dan newspaper and Duc Huong Anh Co.Ltd. /.