Phnom Penh (VNA) – The organizing board of the Nam Ky Khoi Nghia Bike Race has presented the yellow jersey of the second stage of the tournament to Javier Perez from the Vietnam-USA Society English Centers (VUS) and green jersey to Le Nguyen Minh from Ho Chi Minh City. 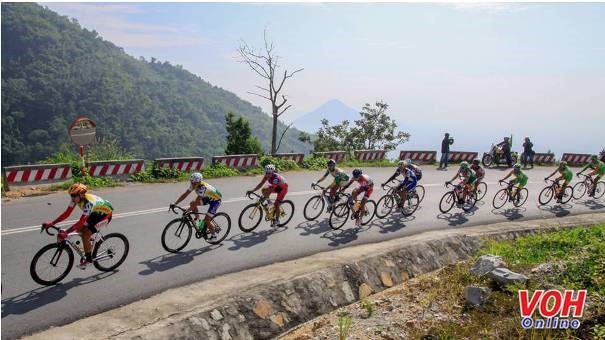 The awarding ceremony of the annual tournament, which runs through Vietnam, Laos and Cambodia, took place on October 23 in Phnom Penh.

Addressing the event, Director of the Phnom Penh Department of Tourism Mom Veasna said that he is excited as this is the first time Phnom Penh has been included in the tournament’s routes.

Thanks to the sacrifice by Vietnamese volunteer soldiers, Cambodian people survived from the Pol Pot genocidal regime and the country was liberated in 1979, he said, adding that since then, Cambodia has made comprehensive achievements, including in sports.

Following the ceremony, the cyclists started the third stage from Phnom Penh through Kandal and Kampong Cham./.