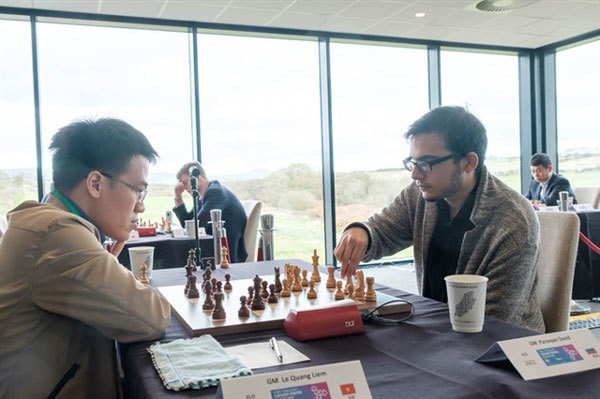 Both Vietnamese players drew their final matches. Liem tied with GM David Pavaryan while Son was all square with GM Maxim Matlakov, both of Russia.

Liem, who was unbeaten at the tournament, grabbed seven points after 11 matches. With his final ranking he pocketed 9,600 USD and 1.9 points in Elo rating.

The top three at the tournament are Wang Hao of China, Fabiano Caruana of the US and Kirill Alekseenko of Russia. Wang took home 70,000 USD and qualified for the Candidates Tournament where he will play current world No 1 Magnus Carlsen of Norway in 2020.

Liem will compete at the Grand Chess Tour Superbet Rapiz and Blitz in Romania early next month before returning home and join Son and other teammates to prepare for the 30th SEA Games in the Philippines in late November./.