Hanoi (VNA) – Several Vietnamese resorts have clinched spots at the Conde Nast Traveler 2020 Readers’ Choice Awards, with The Anam coming in as the highest-ranking Vietnamese resort on the “Top 30 Resorts in Asia” list, closely followed by Banyan Tree Lang Co. 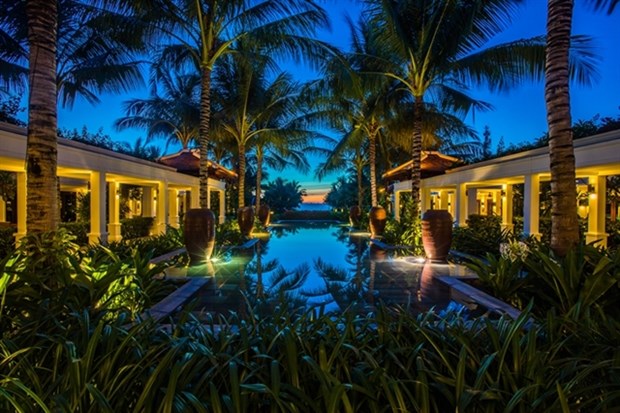 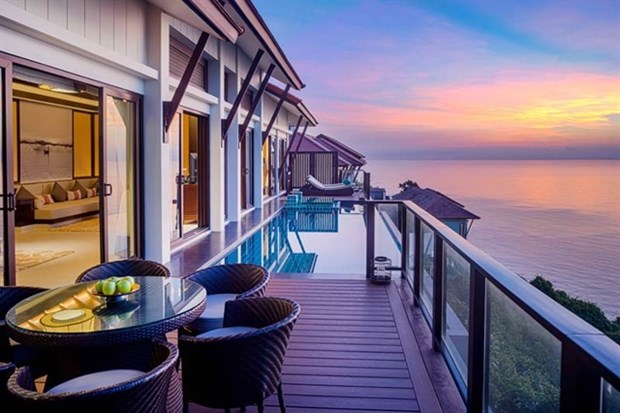 Banyan Tree Lang Co, a multi-award-winning all-pool villa resort, was the second-highest placed Vietnamese resort on the list, coming in at 9 and scoring 99.28.

Banyan Tree Lang Co, a multi-award-winning all-pool villa resort, was the second-highest placed Vietnamese resort on the list, coming in at 9 and scoring 99.28.

Angsana Lang Co, which features 229 stylish suites, more than 100 of which come with their own private pools overlooking the East Sea, rounded off the list in 30th place with a score of 97.9.

“For The Anam to be acclaimed as Viet Nam’s top resort and among Asia’s best in arguably the world’s most prestigious travel awards is incredible,” said The Anam’s founder and owner Pham Van Hien. “We’re thrilled Conde Nast Traveler’s readers have recognised Vietnam’s luxury resort landscape on the world stage.”

“That travellers, particularly those who read one of the world’s preeminent travel magazines, have recognised Banyan Tree Lang Co and Angsana Lang Co among the best in Asia is incredibly exciting and is testament to our efforts to put the overall experience first,” said Adam Calver, Director of Golf and Destination Marketing at Laguna Lang Co.

Since its grand opening in April 2017, The Anam has won a long list of accolades. The resort was named on DestinAsian’s Luxe List and Conde Nast Traveller India’s Hot List during its debut year, and also won the ‘Best Overseas Luxury Resort’ award on Luxury Travel Magazine’s Gold List for 2019.

“The results of this year’s survey, conducted at the start of the COVID-19 pandemic, are a testament to the lasting power of a meaningful travel experience,” said Condé Nast Traveler’s US editor Jesse Ashlock. “The winners represent the best of the best for our audience and offer plenty of trip-planning inspiration for all the adventures we can’t wait to have next.”

The results were announced globally online on October 6 and will be featured in the November issue of the Condé Nast Traveler US and UK print editions. Condé Nast Traveler’s Readers’ Choice Awards and Travel Leisure’s World’s Best Awards are widely recognised as the two most significant awards lists for hotels worldwide./.