Quang Nam (VNA) – A landscape protection zone for the My Son Sanctuary, a world cultural heritage site in the central province of Quang Nam, has been set up to preserve both historical and cultural relics and biodiversity there. 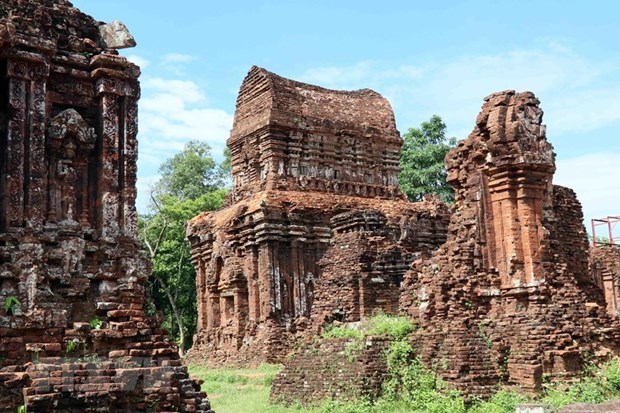 Some monuments in the My Son Sanctuary (Photo: VNA)

It covers more than 1,160ha of land, including over 1,100ha of natural forests, in Duy Phu and Duy Hoa communes of Duy Xuyen district.

Forests in this zone are currently home to 37 mammal species, including some listed in the Vietnam Red Data Book like the Sunda slow loris, the Sunda pangolin, the wildcat, and the small Indian civet.

As approved by the Quang Nam People’s Committee, this zone will be used for eco-tourism, house mammal and plant conservation models, and serve as a basis for developing landscape protection and relic preservation projects.

From 2020 to 2025, more than 96 billion VND (over 4 million USD) is to be invested in the My Son Sanctuary landscape protection zone by both tourism investors and the State.

Once the religious and political capital of the Champa Kingdom, My Son Sanctuary is located within a hilly landscape in Duy Phu commune of Duy Xuyen district, about 70km southwest of central Da Nang city and 40km from Hoi An ancient town of Quang Nam.

The sanctuary, comprising of eight groups of 71 monuments built between the 7th and the 13th century, was recognised as a world cultural heritage site by UNESCO in 1999./.