Binh Thuan (VNA) – A recognition decision for the Mui Ne national tourist site was announced at a ceremony in Phan Thiet city, the southern central province of Binh Thuan, on October 24. 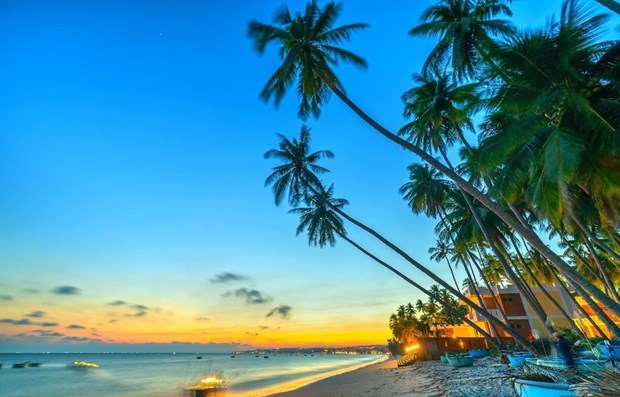 The site spreads across some 14,760ha of coastal land from Phan Ri Cua township of Tuy Phong district to Phu Hai ward of Phan Thiet city, with a core area of about 1,000ha for developing tourism facilities.

With special tourism resources, especially vast sand dunes – a symbol of Binh Thuan, it is expected to welcome 75-80 percent of the domestic visitors and 90-95 percent of all foreign travellers to the province.

The Ministry of Culture, Sports and Tourism issued a decision to recognise the Mui Ne tourist site as a national one on August 24 this year.

The ministry’s recognition will help increase the value of the brand “Mui Ne”, form a system of national tourist sites across the country, and also mark the development of Binh Thuan’s tourism, he noted.

In the recent past, the province has worked hard to complete local tourism infrastructure and attract investors with strong financial strength and rich experience to develop luxury tourism complexes, which is a prerequisite to establish Binh Thuan in general and Mui Ne in particular as a high-end destination comparable to those in the region and the world, according to Vice Chairman of the provincial People’s Committee Nguyen Duc Hoa./.