HCM City (VNA) – The first group of visitors from the northern province of Quang Ninh have visited tourist attractions in Ho Chi Minh City as part of the city’s tourism stimulus programme that has recently resumed. 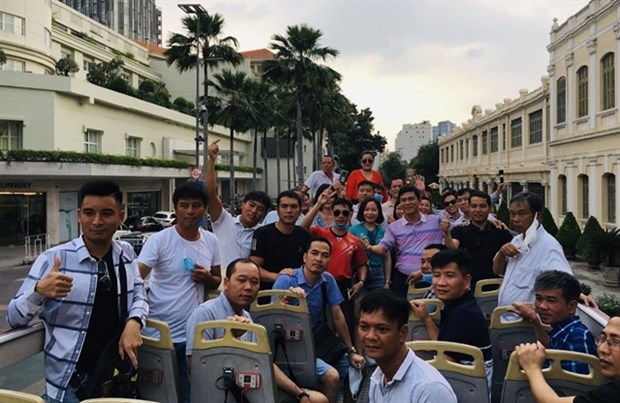 Tourists from the northern province of Quang Ninh sightsee in HCM City on a hop-on hop-off bus tour. (Photo: VNA)

The number of visitors between HCM City and provinces in the northeastern and northwestern reached more than 20,000 due to close tourism linkages, said Nguyen Thi Anh Hoa, Director of HCM City’s Department of Tourism.

The city will facilitate tourism linkage programmes with localities in the northeast, northwest, central, southeast and the Mekong Delta in an effort to boost the domestic market, Hoa said at a party held last weekend to welcome the tourist group.

A conference on tourism linkages between HCM City and eight provinces in the northeast is slated to be held from November 19-20 in Quang Ninh province.

Tour operators in HCM City have recently sent many tourist groups to northeastern and northwestern provinces, including TST Tourist with 500 guests, Saco Travel with 750 guests, and Vietravel with more than 10,000 guests./.