Two Vietnamese pagodas among some of world’s most beautiful

(VNA) – Tran Quoc Pagoda and Buu Long Pagoda have been listed as some of the world’s most beautiful Buddhist pagodas by National Geographic. 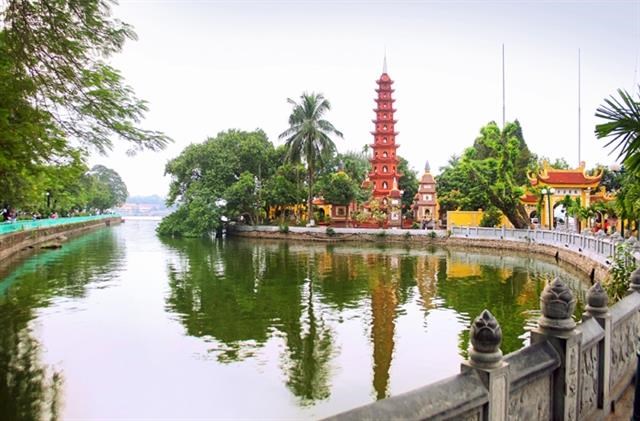 The list of 20 top pagodas to visit was published by American National Geographic recently.

Located on an eastern island of West Lake in Hanoi, Tran Quoc Pagoda is one of the oldest pagodas in Vietnam at more than 1,500 years old.

It is famous not only for its ancient beauty but also for its fresh and green space combined with its architecture, cultural history and nature.

The pagoda sits on an islet within West Lake in Tay Ho district. It is distinguished by its historical and architectural values, becoming a sacred place for locals and a popular religious attraction for foreign visitors. The pagoda includes an 11-storey tower which is topped by a nine-storey gemstone-made lotus.

Buu Long Pagoda in Ho Chi Minh City has a campus of more than 11ha located on a hill west of the Dong Nai River in the National Cultural History Park in District 9.

The pagoda features carved dragons that curve down the temple stairs and a turquoise pool that reflects the temple’s white walls and golden spires.

Built in 1942, Buu Long pagoda features characteristics of the Nam Tong Zen sect. In 2007, the pagoda was restored. Since then, it has been upgraded several times, with its architecture remaining intact.

Other padodas in the list include Bagan in Myanmar; Wat Benchamabophit Temple in Thailand; Seiganto-Ji in Japan; and Paro Taktsang in Bhutan.