Hanoi (VNA) – By the end of July 2019, Hanoi had 3,499 accommodation establishments with 60, 812 rooms, according to the municipal Department of Tourism. 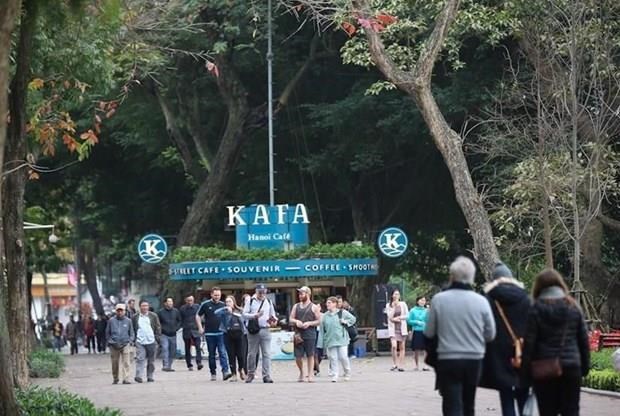 Hanoi has been emerging as a top destination for both domestic and foreign travellers in recent years, and it is still working to establish itself as a true tourist hub. (Photo: VNA)

Of the figure, only 564 establishments have been rated, offering 22,749 rooms, with 67 three- to five-star hotels, and seven four- to five-star condotels.

The capital city has been emerging as a top destination for both domestic and foreign travellers in recent years, and it is still working to establish itself as a true tourist hub.

Hanoi welcomed more than 2.4 million tourists and pocketed over 8 trillion VND (345.2 million USD) from tourism services in July, up 9.5 percent and 31.5 percent against the same month of 2018, respectively.

Statistics released by the municipal Tourism Department show that of the total holiday-makers, over 460,000 were foreigners, a year-on-year rise of 9.6 percent.

In the first seven months of 2019, over 16.7 million people, including 3.7 million foreigners, chose Hanoi as a destination for their holidays, up 9.2 percent and 8.9 percent year-on-year, respectively. Total revenue from tourism was estimated at 57.7 trillion VND (2.4 billion USD), up 28.8 percent.

In July, 64.2 percent of hotel rooms were used, up 2.87 percent against the same month last year, but down 3.2 percent compared with that in June. Notably, the occupancy rate for four- and five-star hotels was about 80 percent.

The city is striving for 29 million tourists and earning 103 trillion VND (4.42 billion USD) in revenue this year.

This year, the city was again listed in various tourism rankings. Japan’s All Nippon Airways ranked it 25th among the 26 best Asian cities for a combination of business and leisure. The capital city was ranked fourth among 25 destinations in Asia and 15th among 25 destinations in the world in 2019 by TripAdvisor. Most recently, it was named in the Cable News Network (CNN)’s list of the 17 best places in Asia.

To promote its image, the municipal People’s Committee and CNN recently signed a memorandum of understanding on advertising the capital city on the channel for 2019-2024.

Besides, municipal tourism officials have worked with Vietnam Airlines in welcoming survey teams from Japan, Australia and Europe and organising the “Summer in Europe” programme at Ly Thai To Park besides Hoan Kiem lake. The department has also stepped up the development of tourism products in the suburbs.

Instead of developing downtown tourism as before, the sector is gradually tapping the potential in the suburbs to diversify products, contributing to socio-economic structure shifting in the localities.

Phung Quang Thang, Director of Hanoitourist, advised localities to focus on developing key products as it is not enough to rely on their potential.

It is important to pay attention to destination management to avoid affecting product exploitation between local enterprises and those from other places, and intensify connectivity between them to build products suitable to tourists’ tastes.-VNA