Phnom Penh (VNA) – The Documentation Centre of Cambodia (DC-Cam) in collaboration with the Ministry of Education, Youth and Sport will publish 500 books on genocide and mass atrocities to raise awareness of its horrors. 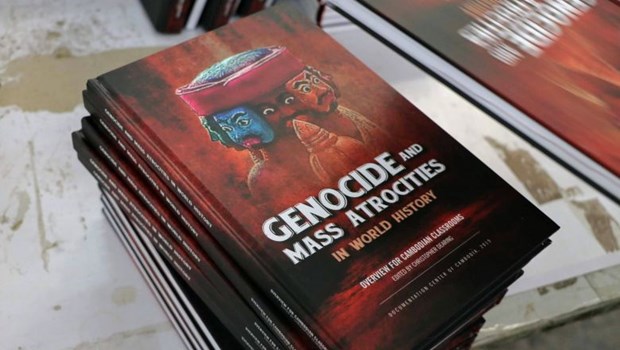 The Documentation Centre of Cambodia (DC-Cam) will publish 500 books on genocide and mass atrocities to raise awareness of its horrors. (Photo: phnompenhpost.com)

The book is scheduled to make its debut on November 22 at the Indra Devi High School in Phnom Penh’s Tuol Kork district.

DC-Cam said since the fall of the Khmer Rouge regime 40 years ago, the need for greater education and teaching resources on mass atrocities had become all the more important.

“The peace, security, and human rights of the next generation will depend not only on the work we strive to achieve today, but also on how well we prepare the next generation for their roles, responsibilities, and leadership in the future,” Minister of Education, Youth and Sport Hang Chuon Naron wrote in the book’s preface

DC-Cam director Youk Chhang said the book was an important contribution to Cambodia’s struggle to move from a society victimised by mass atrocities to one empowered to confront its past and mentor other countries in the future.

DC-Cam said the book was written to aid teachers in the development of lesson plans addressing mass atrocities throughout history.

It covers the Cambodian genocide under the Khmer Rouge, the mass killing of Armenians by the Ottoman Empire from 1915-1923, the Jewish Holocaust during World War II, the genocide of the Tutsi in Rwanda in 1994 and the Bosnian atrocities of 1995./.