Bangkok (VNA) – Thai authorities have ordered the arrest of four more suspects in connection with the series of bombings in Bangkok capital on August 2. 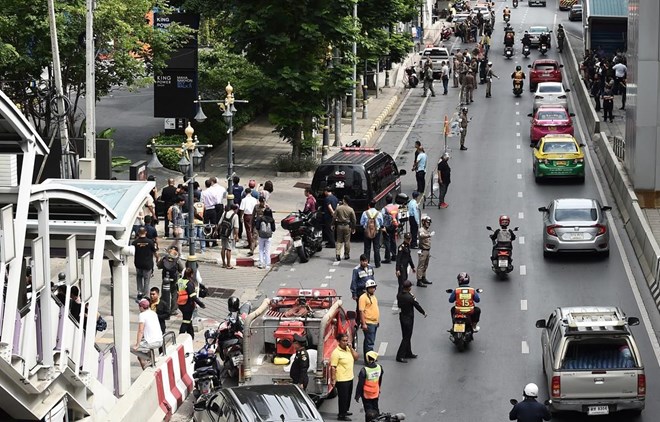 At the scene (Photo: AFP)

The arrest warrants were made on charges of organised crime, arson, causing explosion and illegal possession of explosives.

The police said they are hunting at least 15 suspects related to the series of bombings.

Six bombs exploded in Bangkok’s Chong Nonsi BTS station, Rama IX road, the Government Complex on Chaeng Watthana Road, and King Power building on August 2. They took place as the capital city was hosting the 52nd ASEAN Foreign Ministers’ Meeting (AMM-52) and related meetings that were attended by top diplomats from the ASEAN member states as well as the US, China, Russia, Japan, and many other countries.

Two men have been detained on August 2, accused of planting two bombs, which authorities earlier had said were fake, in front of the police headquarters in central Bangkok a day earlier.-VNA