Thailand to issue stimulus package worth over 10 billion USD

Hanoi (VNA) – The Thai Government is planning an economic stimulus package worth some 10 billion USD to support the second largest Southeast Asian economy that is recording growth slowdown. 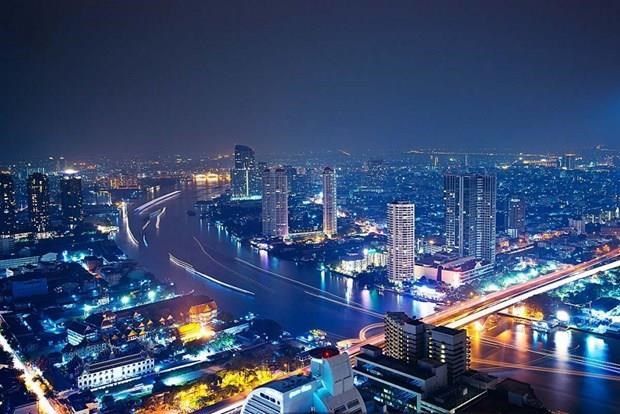 A view of Bangkok at night (Photo: bkkprep.ac.th)

Finance Minister Uttama Savanayana said on August 16 that the package will be worth 316 billion THB to help cope with a global slowdown and enable the Thai economy to achieve the growth target.

The country posted a growth rate of 2.8 percent in the first quarter of 2019, the lowest in more than four years, as export – a key growth driver – declined due to impact of trade tensions and a strong THB.

Meanwhile, the Thai Government targets the gross domestic product (GDP) growth rate of at least 3 percent this year and 3.5 percent in 2020.

The stimulus package, which will be presented to the cabinet on August 20, includes loans and a debt moratorium for farmers, loans for small businesses and financial aid for low-income earners.

The government will provide cash handouts of 10 billion THB for 10 million people, along with tax breaks on domestic tourism spending. It will also offer visa exemption for visitors from China and India as it aims for 39.8 million foreign tourists this year and 41.8 million next year, according to secretary of the cabinet Kobsak Pootrakool.

Earlier, the central bank of Thailand had said this country’s GDP growth rate in 2019 might be less than its forecast of 3.3 percent, after the 4.1-percent expansion last year. -VNA