Hanoi (VNA) — The Garment Manufacturers Association in Cambodia (GMAC) has urged the European Union (EU) to maintain the Everything But Arms (EBA) trade preferences for Cambodia. 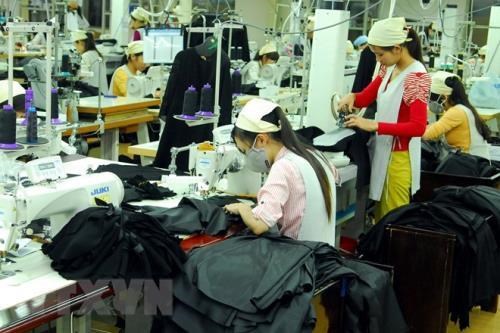 The EU started in February the 18-month process that could lead to the temporary suspension of Cambodia’s duty-free trading access to the EU market under the EBA scheme.

An EU’s decision on this matter is expected to be announced in next February.

Cambodia has benefited from the EBA scheme since 2001, and thanks to this, millions of Cambodians have been lifted from poverty and have contributed significantly to the nation’s economic and social development, the GMAC said in a statement.

If the EBA is withdrawn, the livelihood of 750,000 garment, footwear and travel goods workers and the welfare of some 3 million Cambodians are at stake, it said.

According to a World Bank’s report released in May, if the EBA is stripped, tariffs on garment, footwear, and bicycle products will increase 12 percent, 16 percent and 10 percent, respectively.

Exports from Cambodia to the EU totaled 4.77 billion EUR (5.31 billion USD) last year, marking a ten-fold increase since the EBA was first extended to Cambodia.

The GMAC stressed to EU legislators, officials and all interested stakeholders that a suspension of EBA benefits will result in significant job losses in the garment, footwear and travel goods industries and would not serve the EBA programme objective of poverty eradication and sustainable development.-VNA