Hanoi (VNA) – The death toll of a monsoon landslide in Myanmar’s Mon state rose to 69 as more bodies were recovered on August 16 afternoon, local officials said. 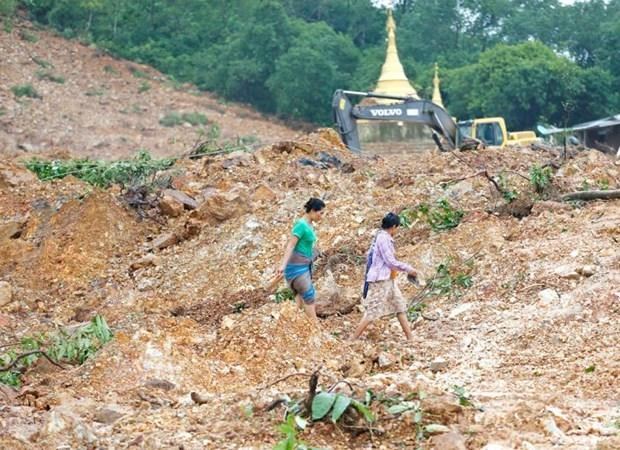 At the scene (Source: The Myanmar Times)
Clearance operation has been done in 90 percent of the landslide-hit area and rehabilitation assistance for the victims is underway.

The landslide took place when the mountainside of Ma-lat mountain collapsed due to heavy rainfall in Paung township in early hours of August 9.

The remains of the collapse buried residents, houses and vehicles.

Meanwhile, some townships in Mon state – Paung, Mawlamyine, Mudon, Thanbyuzayat, Kyaikmaraw and Ye townships were flooded due to the monsoon downpour last week.

Statistics released by the United Nations showed that around 89,000 people in Myanmar have been evacuated over the past weeks, but most of them have returned home.-VNA