Bangkok (VNA) – Eleven people were killed and four others were injured in a traffic accident which occurred on August 18 in Thailand’s Sa Kaeo province, 200km to the East of Bangkok capital city. 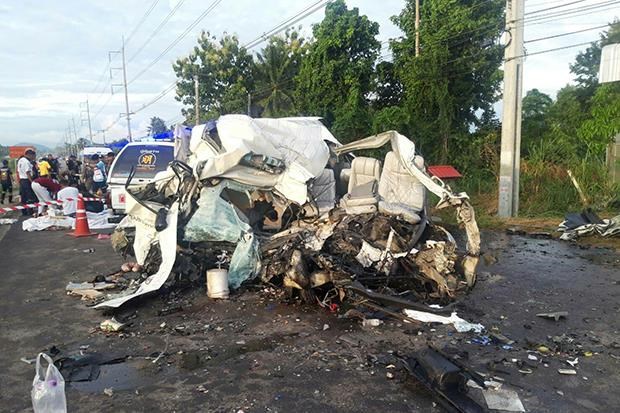 A passenger van is seen destroyed after a collision with a lorry in Wang Sombun district of Sa Kaeo province, Thailand on August 18 (Source: www.bangkokpost.com)
Most of the victims were Lao citizens. Local media quoted Thai police as saying that the violent collision between a passenger van and an 18-wheel lorry happened in early morning on the road under repair in front of the Wang Sombun district office.

The van, with a Bangkok registration plate number, was almost destroyed in the crash. Rescue forces had to deploy heavy tools to open the van and extracted the passengers and the driver from the vehicle.

Police were investigating the cause of the accident.-VNA