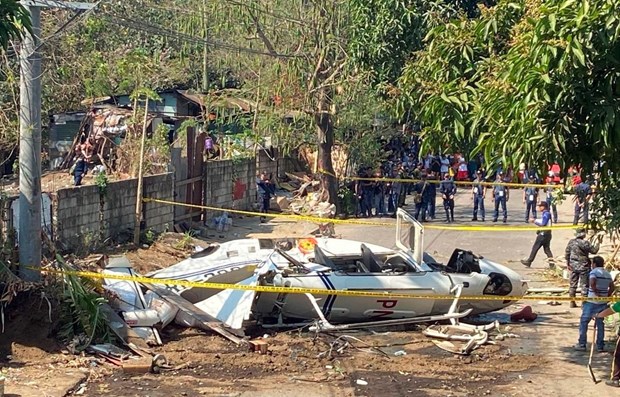 The scene of the helicopter crash in Laguna province, the Philippines, on March 5 (Photo: AP)

The victims include General Archie Gamboa, chief of the Philippine National Police.

Gamboa had minor injuries while the two other generals were in critical condition.

The police officers were heading to a local meeting in Laguna when the crash occurred.

According to the police, the helicopter accidentally hit a high-tension wire during takeoff./.