Hanoi (VNA) – Riots broke out in the Indonesian province of West Papua on August 19, torching the parliament building of Manokwari city and injuring three police officers. 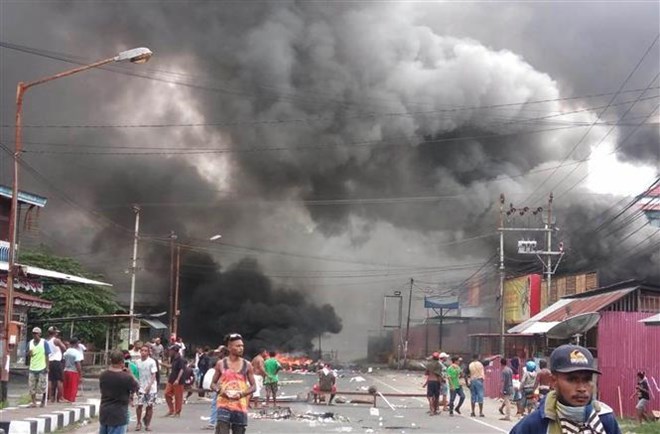 Some demonstrators also set fire to shops and vehicles, knocked down street signs, and threw rocks at government buildings.

West Papua deputy governor Mohamad Lakotani confirmed that the parliament building had been set on fire, while downtown, markets, the port and shops were all affected. All activities were basically paralysed.

Three police officers were injured by rock-throwing protesters, but it was not immediately clear if any demonstrators were injured. Authorities closed local schools for the day, according to AFP. -VNA